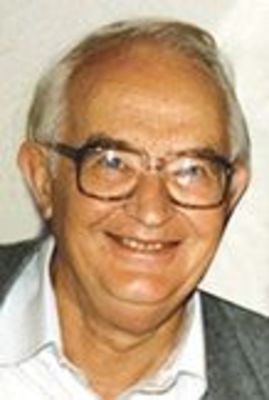 Alvin Johnson died on May 8, 2020, while under the care of his second family at Country Oaks Care Center in Santa Maria, California.

Al and his twin Calvin were born on May 30, 1927, in Bluefield, Virginia, the youngest of five sons born to Ida (Crouse) and William “Andrew” Johnson. Al grew up in Pound, Virginia, where his father felled the trees to build their home and carve from hill country a family farm without electricity. Al often told stories about how they’d string up beans to dry, the acres of berries on the slope, his mother’s intelligence, and his father at age 70 riding on horseback through the field — his white hair bobbing. But as he grew into a young man, Al sought a life beyond “Johnson Hollow” in the hills of Appalachia.

He served two years in the U.S. Navy (1945-1946), and was headed to WWII when the war ended and his ship turned back at sea before reaching the fray. Once back home, his college education at the University of Virginia was cut short because he was needed on the farm.

Al met his future wife Gloria Elliott — a Baltimore girl with a beautiful voice — at a Billy Graham sermon. They married June 1949 and soon welcomed the births of Charles and Kathy, living close enough to Gloria’s parents to help when needed at the small grill and sno-ball concession the folks operated out of the ground floor of their Baltimore home. While never able to again pursue the college degree he would have loved, the skills Al developed in mechanical drawing would grow into a career as a draftsman/engineer. He was recruited in 1957 by Hughes Aircraft to join the burgeoning aerospace industry in Southern California, and brought his young family and in-laws to a life on the West Coast, living under the flight path of LAX.

His years at Hughes were followed by employment at Giannini Controls, McDonnell Douglas, Litton, and Northrop, as his responsibilities advanced into positions of systems and contract management.

Never bound by the constraints of a day job, Al spent evenings and weekends designing a series of products — from an automated cattle inoculator to the perfect bath caddy — and in promoting the work of his brother Howard Johnson in the field of permanent magnets. As he approached retirement from Northrop, he got his paintbrush and bucket out and flipped a house or two with a buddy before it was a popular thing to do, and added a real estate license to his resumé. Al and Gloria loved their retirement life in Orcutt/Santa Maria, where they met a like-minded community and were able to continue their lifelong service in the Church of the Nazarene.

Al was predeceased by Gloria and is survived by his son Charles (wife Laurie, daughter Perry) and daughter Kathy (partner David).

Mindful of community safety, and per his family’s request, there will be no memorial gathering. For those seeking to pay tribute, the family suggests a contribution be made in Al’s name to the Residents Recreation Fund at Country Oaks Care Center, 830 E. Chapel St., Santa Maria, CA, 93454.

A tribute to Alvin’s life can be found at the following link: