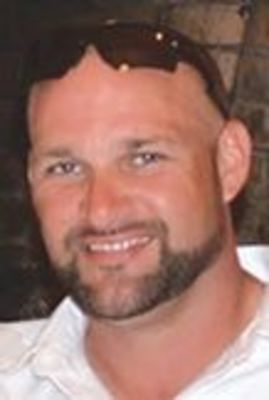 He was a coal miner for over 20 years and was currently working for Hamilton Enterprises in Nashville, Tn. as a project manager. Shade was a die-hard Kentucky Wildcats fan. He enjoyed golf and was a former member of Lonesome Pine Country Club. He was preceded in death by his grandfather, Shade Adams.

He is survived by his wife, Missy Blair of Nashville, his children, Hannah Blair of Norton and her daughter Parker Bristol (Pop Pop’s girl), Emily Blair of Whitesburg, Ky., Meygan Thacker and Houston Thacker, both of Big Stone Gap, Alexis Tyree of Kentucky, His parents, Wade and Nancy Blair of Whitesburg, Ky. and Wayne and Jill Mahan of Norton, his brothers and sisters, Afton Collins and her husband Keith, Kaleb Blair and his wife Taneisha, all of Whitesburg, Ky., Donald Pease and his wife Joanna of Wise, Va., Kathy Mahan of Norton and Adam Mahan of Pikeville, Ky.; his uncle and best friend, Manis Blair of Kentucky; his grandmother, Marjorie (Gann) Adams of Whitesburg, Ky.; his grandparents, Dennis and Vada Blair of Jeremiah, Ky., His father-in-law and mother-in-law, Jerry and Margaret Hamilton of Big Stone Gap; several nieces and nephews.

The family will receive friends from 5-8 p.m. Friday, July 24, at Hagy & Fawbush Funeral Home in Norton. Funeral services will be conducted at 8 pm in the funeral home chapel with Danny Smith officiating. Graveside committal services will be conducted at 11 am Saturday, July 25 at Powell Valley Memorial Gardens. Family and friends will meet at the funeral home by 10:30 am to travel in procession to the cemetery.

Seniors get their diplomas

Good for what ails you

Eastside High School celebrates A Night on the ...