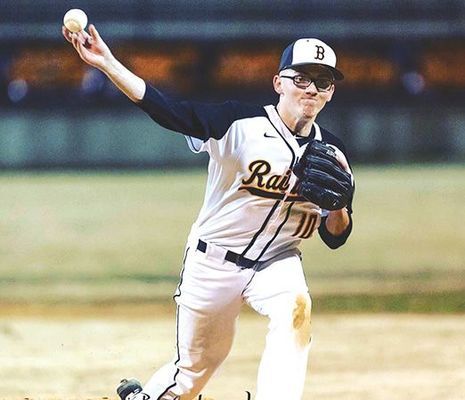 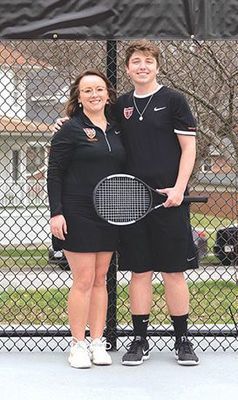 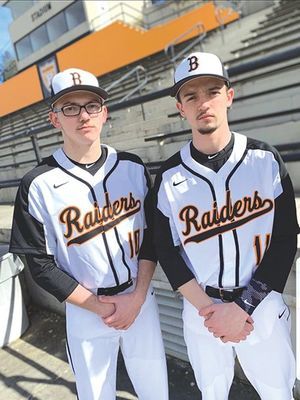 With the spring sports season in question, we here at the Coalfield Progress/Dickenson Star/Big Stone Gap Post hope to run a profile on each and every senior in the paper. Our intention is to give them and their families something to feel happy about in a time of such uncertainty. This will be an ongoing series with different students featured each week.

Eighteen-year-old Jonah Cochrane is a three-season, three-sport athlete at Burton. He grew up playing football, but opted to make cross-country his fall sport of choice when he entered high school.

Cochrane is an avid outdoorsman who loves to fish. He intends to attend Virginia Tech and will major in fish conservation. He would like to either run cross-country for them or join their fishing team.

“There’s not a day that goes by that I want to be inside,” Cochrane said.

After learning his senior year was cut short and knowing his final baseball season hangs in the balance, Cochrane described himself as “terribly upset”.

“It pains me to say that I'm never gonna have that chance to do walk the halls of John I. Burton again,” Cochrane said. “I am also not too happy about sports being cancelled at the moment. It's what I grew up doing, spending my time outside everyday putting work in for all three sports...It makes me want to cry when I realize that my favorite and best sport is gone.”

Cochrane’s departing message of love is something he wants to leave to his Raider brothers.

“To my fellow teammates including the seniors as well as the underclassmen, I just wanna say that I love each and every one of you with everything in me. I enjoyed each and every day of practice with you guys from the start of my freshman year, all the way up to today. I never would have thought I'd be saying goodbye to you guys so soon. I'd never wanna play with anyone but you guys,” Cochrane said.

Cochrane also took the time to appreciate his coaches.

“I also want to thank my coaches for everything they have provided me to give me the best chance at a successful sports career. I will also miss you guys and will cherish every moment that was made,” Cochrane said.

The Raiders’ Caleb Barnette grew up playing basketball and football. But, when he found tennis, he decided to devote his attention to the racquet.

Barnette, 18, intends to attend UVA Wise and try out for the tennis team. He is unsure of what his major will be.

After learning his senior year would be cut short, Barnette said he is still “extremely sad” but is quick to try to accept the decision and move forward.

“This wasn’t what I envisioned when I imagined my senior year, but this is where we are. My heart falls heavy with the people whose families are affected by this terrible disease and I hope God blesses them,” Barnette said.

Barnette would love to be able to have a final tennis season as a Raider, but the safety of all involved is his utmost concern.

“I hope we get to have some sort of spring season, but only if it is safe. I don’t want to risk anything, the safety of everyone is more important than sports,” Barnette said.

To his teammates, Barnette leaves the following message of care and high expectations: “I love you all and it was an honor to be your captain and friend. Next season I expect great things from each and everyone of you, I know you’re capable. Good luck!”

The Raiders’ Holden Hunnicutt spent a lot of his eighteen years playing both baseball and football. But, when he entered high school, he decided to focus solely on baseball.

Hunnicutt will be attending UVA Wise and minoring in sports medicine. Although he does not plan on playing sports in college, he plans on attending as many athletic events as he can.
Hunnicutt describes himself as “pretty heartbroken” about his senior year being cut short and the potential that he won’t have a final season on the diamond.

“Baseball was my first true love. I grew up around the sport of baseball my whole life and built a family within the sport, all for it to be possibly taken away for good in the blink of an eye. I’m heart broken that I (possibly) won’t get to share the diamond with those who I consider my brothers...The memories made in the classrooms and on the field are memories I will cherish forever,” Hunnicutt said.

Hunnicutt was quick to say how much he enjoyed daily high school life.

“The years I spent in John I. Burton gave me an opportunity to make friends with people I wouldn’t have ever gotten to meet otherwise. I’m saddened to know I’ll never walk the halls of John I. Burton again and get to have my daily conversations with the office ladies and staff members,” Hunnicutt said.

Hunnicutt’s departing message of thanks is dedicated to his coaches and teammates.

“Thank you for giving me the chance to be a part of an unforgettable family,” Hunnicutt said. “I love each and everyone of you guys. I was privileged to play along side of you from little league ball through high school. To the underclassmen, strive every day to make yourself better and give your all in everything you do and never give up.”

“To my coaches, you knew how to make the worst days of practice into the best. You knew exactly what to say to a player to get him to push himself to be the best he could be on and off the field. Without the coaches, we wouldn’t be the players we are today,” Hunnicutt said.