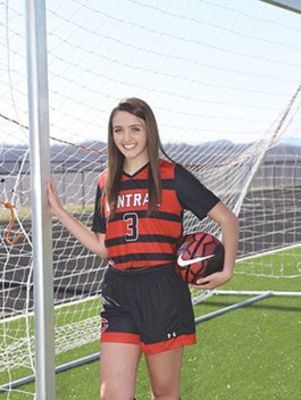 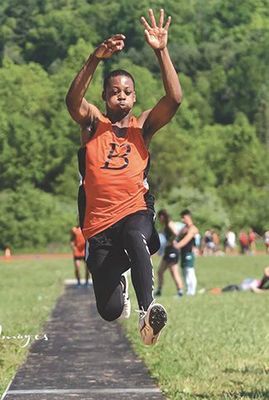 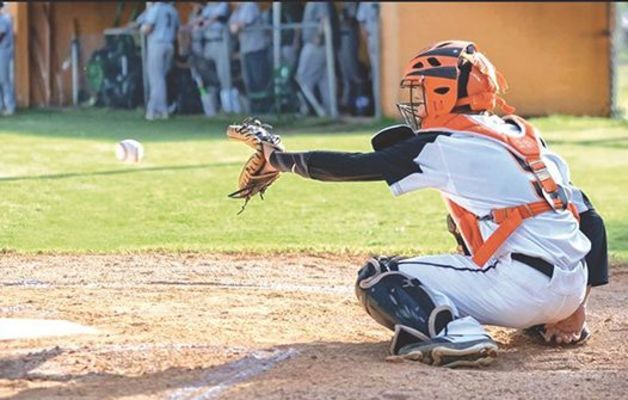 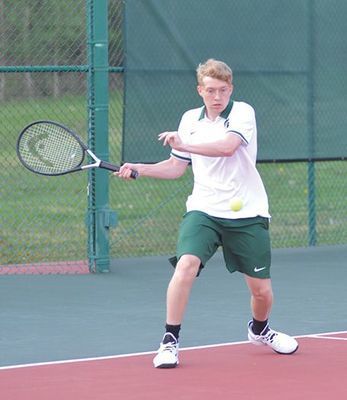 With the spring sports season in question, we here at the Coalfield Progress/Dickenson Star/Big Stone Gap Post hope to run a profile on each and every senior in the paper. Our intention is to give them and their families something to feel happy about in a time of such uncertainty. This will be an ongoing series with different students featured each week.

Justin Sexton, 17, grew up in a baseball family. He has always devoted his playing time to baseball and has played since he was very young.

Sexton hopes to walk on at UVA Wise where he will be majoring in law and administration.

Sexton misses being around his classmates since his senior year has been cut short. He hopes to be able to have some semblance of a senior baseball season.

“I still remember all of the team walking down the halls on the day we played our first game,” Sexton said. “Everyone had the biggest smiles because we all love the game of baseball. I pray everyday I get another chance to be on the baseball field with my teammates and coaches. It's hard not to sit down and think about it. I tear up every time I do. I miss being on the field. It's hard to take in all that's happened in a couple of weeks. Baseball is everything to me.”

To his teammates, Sexton leaves a message of the importance of hard work.

“Keep working towards the best future you can create for yourselves,” Sexton said. “I want everyone to continue to strive on goals that they have set for themselves and work on the little things our coaches have seen to better as a player. Get into a cage or throw baseball so we have the best chance when the time comes. I know it's hard for all of us but we have to keep a level head and listen to each other and we will get through this hard time together.”

Eighteen-year-old Luke Kirk grew up playing football, basketball and tennis. He opted to focus on tennis and basketball in high school.

Kirk will attend Southwest Virginia Community College and major in software engineering while playing on the tennis team.

Kirk describes himself as “somewhat sad” in learning that his senior year would be ending early.

“The final semester of senior year is something that all students look forward to. It hurts to think that we missed out on all of the fun field trips and we will never know what it feels like to truly walk out on the last day of school as a senior,” Kirk said.

Kirk is “still hopeful” in having a senior tennis season with a new coach and moving up to be the top seeded player on the team.

“I have put a lot of time and effort into the sport of tennis since I started playing my sophomore year. Last year, we made it all the way to the state championship, and I was excited to see how far we could make it with basically a brand new team and new head coach. I was the sixth seed last year, the one through five seeds all graduated, so I was looking forward to seeing what I could do at the one seed also,” Kirk said.

Kirk encourages his teammates to always enjoy the present.

“Enjoy high school and high school sports while it lasts,” Kirk said. “It can be over in a blink of an eye so make memories and be the best version of yourselves while you can.”

“Anyone that knows me knows the love that I have for the game,” Branham said. “Baseball has always meant a lot to me growing up.”

Branham has opted not to continue playing baseball in college and will be attending Mountain Empire Community College in their lineman program.

Branham describes himself as “devastated” in losing his senior year.

Branham’s message to his coaches, teachers and teammates is one of encouragement: “I have enjoyed being around such amazing teachers and coaches and most of all, my teammates. With that being said I encourage everyone to keep up the hard work! The baseball program at John I. Burton has a very bright future.”

Tyrell Ingram has spent the majority of his 18 years playing sports. He currently plays football and runs track.

Ingram is unsure on his future plans and says that is why this senior season was so important to him.

“If you would have told me when all this started that I wouldn’t have had an outdoor track meet this season, I would have told you that you were crazy,” Ingram said. “Now that it’s actually happening I’m not really sure how to take it.”

Ingram advises his teammates to never presume and always live in the moment.

“Never take a meet or practice for granted because you never know when it will be your last. You all have potential and will do well in the upcoming seasons,” Ingram said.

Kaylee Strouth has spent the majority of her 18 years playing sports. In her younger years, Strouth played basketball and did gymnastics and cheer. In her freshman year, she played softball for the Lady Warriors. However, in her sophomore year, she was approached by head coach Matthew Mullins to try out for soccer.

“It was always something I wanted to try so I gave it a shot and fell in love,”Strouth said. “I was really looking forward to my last year on the field before pursuing college in the fall.”

Strouth says she when she found out that the schools were closing and she may not have a final soccer season, she was “pretty devastated”.

“All the things I’ve looked forward to are not going to happen,” Strouth said. “Then I got the news that our season is possibly cancelled and I probably won’t get to play soccer my senior year and my heart was broken. We had been practicing so hard and spent so much time improving. It was all over in a blink of an eye.”

Strouth encourages her teammates to always make the most of every opportunity to play.

To her coach, Strouth said: “Thanks to Coach Mullins for giving me the opportunity to play. I’ve made so many memories and friends that I’ll cherish for a lifetime.”