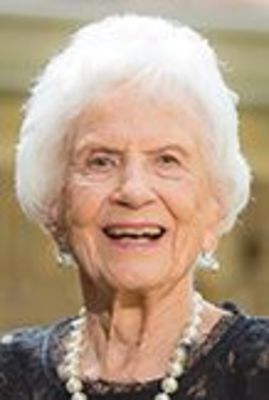 Belva “Lois” Roberson Bolling of Pound, VA, passed away July 10, 2020, in Charlottesville, VA, with her family at her side.

She was married for 62 years to Richard Ray Bolling of Esserville, VA, and they had two daughters, five grandchildren and five great grandchildren.

Lois was born in Pound and lived most of her 95 years in her beloved town where she knew everyone by name and was loved by her many friends. Lois moved with her family to Oklahoma when she was in the first grade but they soon returned to their Virginia home.

After she and Richard were married, they lived in Norton for a brief time, but returned to Pound where they raised their family and lived for the next 75 years. Since her recent illness, Lois has resided in Charlottesville near family members and has been greatly missed by her many friends and loved ones in Pound.

Lois graduated as valedictorian from Christopher Gist High School in 1943 where she also played on the basketball team. In addition to being a wonderful cook and homemaker, Lois worked as a substitute teacher, teacher aide and reading lab assistant at Pound Elementary School and Pound High School. She was a life-long member of the Pound Methodist Church where she served as a UMW officer, church treasurer, and trustee. She was also active with the Pound Lions Club and Red Hat Society.

Because of the COVID19 pandemic, the family requests friends and family to respect the safety guidelines while offering condolences to the family.

Family will receive friends from 10 a.m. until 12 p.m. Saturday, July 18 at the Sturgill Funeral Home in Wise. Graveside committal services and burial will follow in the Bolling Cemetery in Pound at 4 p.m. later that evening with Rev. Kenneth Conner and Rev. Randy Carter officiating. In lieu of flowers, family requests memorial contributions may be made to the Pound Methodist Church, the Pound Lions Club or to Hospice of the Piedmont, 675 Peter Jefferson Parkway, Charlottesville, VA 22901. Please visit www.sturgillfuneral.com to leave online condolences for the family.

Seniors get their diplomas

Good for what ails you

Eastside High School celebrates A Night on the ...