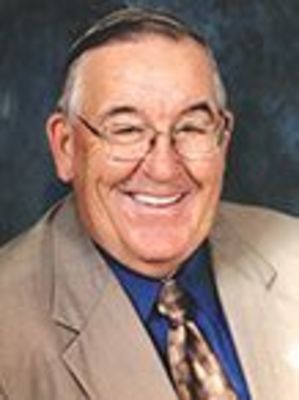 Shirley Lee Mullins, 86, passed away on Monday, September 14, 2020 at his home on Rose Ridge surrounded by his loved ones.

He was a life-long resident of Dickenson County and a businessman and preacher in Clintwood, who had lived on his small farm on the ridge for sixty-five years.

Shirley was born in 1934 to the late Butler B. Mullins and Grace Nolen Mullins, who operated a country store near the Cranesnest River on Highway 83. Growing up in the atmosphere of a mercantile, with parents who had a head for business and a heart for people, shaped him for the rest of his life.

In that river community he met the beautiful Ella Mae Duff, who survives him, to whom he was married 66 years and with whom he had three children.

He is survived by the oldest Wade Mullins, of Tampa, Florida, and youngest Phillip Mullins, of Ashburn, Virginia. His middle child, Lisa Mullins Thompkins, is deceased.

Yet, the focus of his aspirations was set when as a young married father he began to search for spiritual direction. He found people who were teaching the Bible and became convicted of his sins and convinced of the truth of the gospel of Christ. He committed to follow the Lord by putting Him on in baptism and committing his life to serving the Savior. Shortly afterwards, he began to work with a small band of Christians on the Cranesnest River. There was a need for a preacher, so he stepped up to fill the void. Eventually that church would form the Clintwood Church of Christ which meets on East Main Street.

Shirley was teacher, preacher, and, most importantly, encouraging brother to the scores of souls who passed through that church. For most of six decades he joyfully carried the duties of preaching while working other jobs or running a business. He loved business deals but his true passion, which never waned, was serving the Lord through serving Christ’s church.

Funeral services will be conducted on Saturday, September 19, in the Clintwood walking park and led by Jackie Bradford, Gary Mullins, and Shawn Wallace. His earthly remains will be laid to rest in the Phipps Memorial Cemetery near his parents, daughter, and brother-in-law Pat Duff.

Shirley Mullins had profound influence with every single member of his family, each person with whom he interacted in business, and every Christian he met. He placed a smile on the face and a lift to the spirit of every human being who stopped to converse with this unique man.

His departure has left a void, but his love and character has left an enduring mark on all who knew him and will continue to change them for the better.

Online condolences may be sent to the family at www.clintwoodfuneralhome.com.
Mr. Mullins and family are in the care of Clintwood Funeral Home.

Does your Christmas cactus bloom too soon?