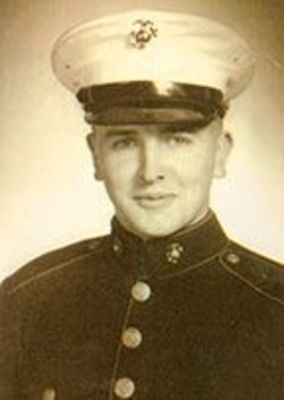 SGT. Robert H. Easterling (USMC Ret.), passed away on Tuesday, September 29, 2020 at the home of his nephew David Hamm in Johnson City, TN.

While serving our country in the 1st marine division, SGT. Easterling was wounded in Korea on July 24th and 25th, 1953. He spent eighteen months in Bethesda Maryland Naval Hospital. He received the Bronze Star Medal with combat “V”, 2 Purple Heart Medals, Marine Corp Good Conduct Medal, Korean Service Medal, United States Service Medal, Navy USCG Unit Commendation Ribbon, Combat Action Ribbon, Republic of Korea Presidential Unit Citation. These medals were given for heroic achievement in connection with operations against the enemy. While serving with the Marine infantry company, he displayed courage, initiative, and professional skill in the performance of his duty. When the company’s sector of the main line of resistance was subjection to murderous enemy mortar and artillery fire which was followed closely by an attack of numerically superior hostile force, he dauntlessly moved from one man to another directing their fire and shouting words of encouragement. Expressing complete disregard for his personal safety, he continued to expose himself to the enemy fire throughout the intense action. When the forward portion of his position was over-run by enemy troops, he fearlessly led his men in repeated counterattacks in an attempt to restore his line. During the enemy hand to hand combat, he was severely wounded. SGT. Easterling indomitable spirit and devotion to duty served as an inspiration to all who observed him.

After being released from the hospital, Robert worked in the U.S. Postal Service in Arlington, VA, then moved to Kingsport, TN to work. Later he came back to Coeburn and worked as a carpenter, which he was trained for in his Marine MOS. He also come to stay with his widowed mother. His family has not only lost a brother but a friend who continued the same spirit, courage, and devotion to his family. We have lost a hero.

A memorial service will be conducted at 1 pm on Monday, October 5, 2020 at Mountain Home VA Cemetery in Johnson City, TN. Memorial contributions may be made in his honor to his favorite charity, St. Jude Children’s Hospital.