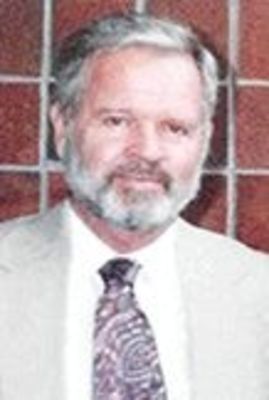 He was born to parents Ulysses Grant Thompson and Sara Lambert Thompson on Jan. 9, 1935. He graduated from John I Burton High School in 1955, and then proudly served our country as a United States Marine. He then began to work for the Chesapeake and Potomac Telephone Co. and became and electronic specialist. C&P evolved to become AT&T, and he retired from Lucent Technology where he was honored as a top Sales Representative for the nation.

Lum was a member of the Baptist Church, the Pioneers, Communication Workers of America, and the Coeburn Lions Club where is served as President and pioneered their first Charity Golf Tournament. Lum loved the game of golf and was always ready to play, rain or shine. He loved his frequent trips to anywhere and everywhere as long as it included golf. He loved golf, family, good food, TV, dancing, and music Most likely in that exact order. He thoroughly enjoyed his Friday evening dinners with Gary and Brenda Hash.

If asked to select a song to Honor his memory, everyone that knew Lum well would certainly know that song is Rocky Top. He performed his annual kick-off to TN football by dancing to Rocky Top for his family and friends along with his family who he would insist join him.

He was married to Elizabeth Claudine Steffey "Dean" in 1959 who survives him. Lum is survived by two daughters, Lisa Gibson, and husband Greg of Kingsport TN, Stephanie Sessoms and husband Ray of Raleigh NC; one son, Lowell Prentice Thompson II, and wife Kelly of Strongsville OH; two grandchildren, Lowell Prentice Thompson III "Trey", and Brianna Bleu Thompson; two step grandchildren, Shawn Sessoms and Shannon Mullis; two grand dogs that he referred to as "my puppies", Gracie and Priscilla; one very special niece, Joan Dotson and husband Bill of Indiana; as well as a host of many relatives and friends.

Memorial contributions in Lum’s honor may be made to the American Heart Association, the Pat Summit Foundation or a local food bank.

Services were held 2 p.m. Sunday, November 15, at Hagy & Fawbush Funeral Home in Norton with Rev. Lee Kidd officiating. Due to Covid-19 a Celebration of Life service will be announced at a later date.