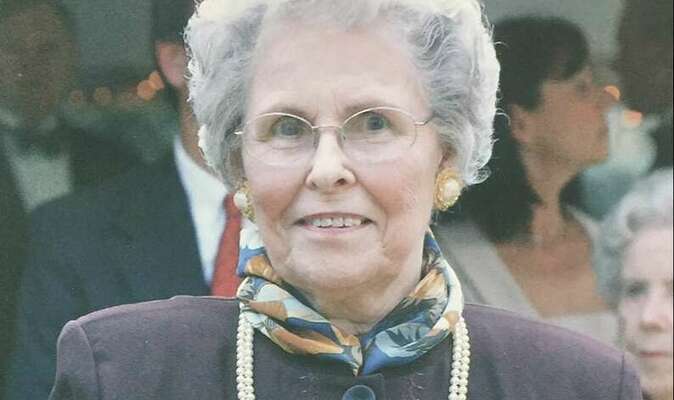 Frank and Louise first met at Minor High School where they both graduated in 1942. They got to know each other better after graduation while driving to and from Tuscaloosa where Frank was a student at the University of Alabama and Louise had a job. Following his service in the U. S. Army Air Force in World War II, Frank returned as soon as possible to Birmingham and in April of 1946, Frank and Louise were married. While completing his engineering degree, Frank and Louise began their family in Tuscaloosa and welcomed the birth of their first daughter, Myra. Mr. Mann was recalled for military service in 1950 with the start of the Korean War and this took their family to Biggs AFB, El Paso, Texas and Patrick AFB, Cocoa Beach, Florida. Their first son, Frank, was born in Florida. In 1952 their growing family returned to Birmingham when Frank separated from the Air Force and accepted a position as an engineer with the U. S. Steel Company. They settled in the Crumley Chapel community where they built their first home in 1958 and joined Docena Baptist Church, Frank’s childhood church. By 1966, they had steadily added to their family with Bill (born 1952), Michele (1955), Mary (1957) and Nina (1966). Louise was a wonderful mother who continually provided for her husband, children, extended family and the community around her. No one ever went hungry or without; if Louise knew of a need she filled it! She cared for countless aging family members while still having six children under their roof.
In 1971 Frank accepted a position as a mining engineer with the Department of Labor in Norton, Virginia, and Frank, Louise and the three youngest daughters moved from Alabama. They became members of First Baptist Church of Norton and once again vital members of their community.

Louise’s love of sewing for her family and for the community expanded into a new business. In 1976 she began her own custom drapery and alterations business supplying beautiful custom made draperies for many of the finest homes in Wise County.. Every item was stitched with loving care by Louise and her friends. Louise was a Laureate member of Beta Sigma Phi Sorority from 1945 up until her passing.

Even in her spare time Louise was never idle, constantly busy with her hands cooking or stitching. She was constantly providing meals to the families around her and loved to bake and cook for children and grandchildren. She was known for her Thanksgiving dressing and her mouthwatering biscuits. She was a master quilter, making seventeen for her family, including seven Cathedral Window quilts, stitching each entirely by hand. Louise was recognized for her efforts by entering her first Cathedral Window quilt into the Wise County competition in 1986 and taking home the first place prize. She quilted, embroidered, knitted and crocheted until her hands could no longer hold her tools.

After Frank’s retirement and with all their children grown, Louise and Frank moved back to their home in Crumley Chapel and became members of the Westwood Baptist Church in Forestdale, Alabama. They loved raising a large vegetable garden each year along with a plethora of beautiful flowers. Frank would grow it and Louise would can it or freeze it. Their family, friends and members of their church family were grateful beneficiaries of the fruits of their labor. Even today, when each summer brings the fresh taste of silver queen corn and heirloom tomatoes, it is a flavorful reminder of their love and strong work ethic.

Mother’s last days found her still able to read her Bible and to pray. She leaves of legacy of loving her Savior, her husband, her family and those around her. Louise spent her last four years at Danberry Assisted Living Facility of Inverness and we thank the caregivers who have shown Louise such genuine kindness. She will be greatly missed by those of us remaining this side of heaven.
Memorial contributions may be made to Big Oak Ranch, Springville, Alabama.