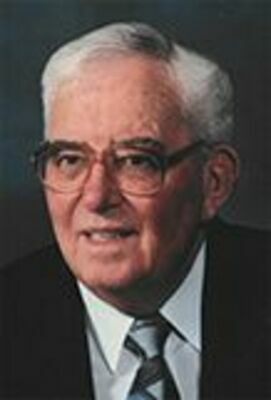 David Lawrence Burnette, 85, died Wednesday, June 2, 2021, at his home in Big Stone Gap.
David was a great husband, father, and grandfather. He was born in Gretna, VA and graduated from Gretna High School, then attended Virginia Tech and studied civil engineering.

He spent part of his career with the Virginia Department of Highways and then with the Frank Black Construction and J.M. Turner Construction companies as a bridge inspector and projects manager. While living in Staunton he was a member of the Ruritan Club, a dispatcher for over 12 years with the Staunton-Augusta County Rescue Squad, and he was an assistant coach and mentor for the JMU Women’s Golf Team. He was an adjunct professor at Virginia Western Community College in Roanoke, VA, and served on the Board of Directors of the Valley Program for Aging Services.

In his later retirement years, he moved to the Big Stone Gap area to be with family.

A son of the late George Clay Burnette and Vivian Marie Weeks Burnette, he was also preceded in death by his wife, Annie Mae Thacker Burnette.

The family received friends at 6 p.m. Monday, June 7, at the Hagy & Fawbush Funeral Home in Norton. A memorial service was held at 7 p.m. in the funeral home chapel, with Bill Buchanan officiating. Burial in the Thornrose Cemetery in Staunton, VA will be held at a later time. The service will be posted and may be viewed online at www.hagyfawbush.com following the event.

Memorial contributions may be made to Parkinson’s disease research at: The Michael J. Fox Foundation, PO Box 5014, Hagerstown, MD 21741-5014.