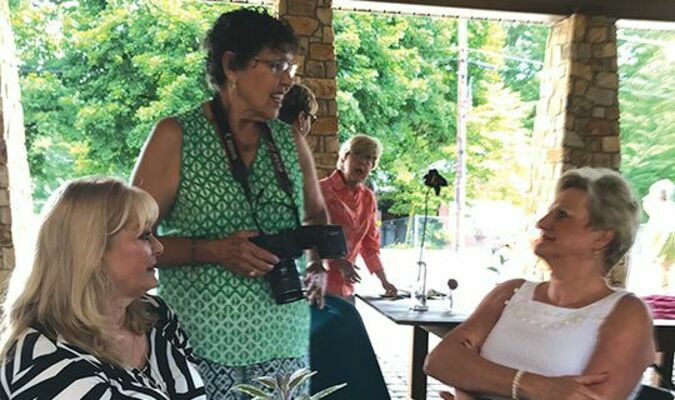 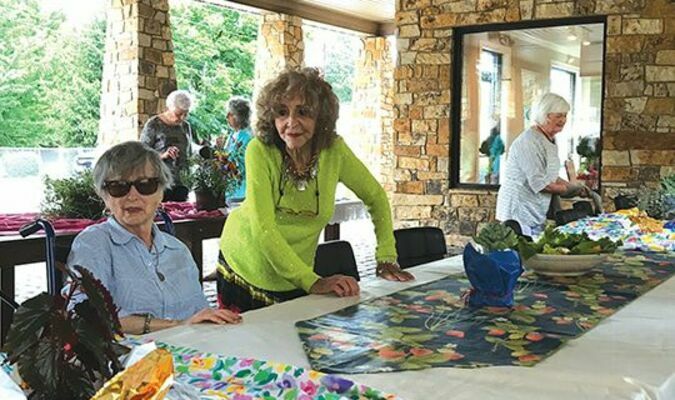 Beverly Viers and Phyllis Hatcher prepare the tables for the meeting.
Previous Next

The July 2021 meeting of the Town and Country Garden Club was held at noon on the patio of the Shops on Main. President Henrietta Dotson presided with 19 members in attendance.

President Dotson greeted everyone and thanked the hostesses, Bonnie Aker and Phyllis Hatcher. We also appreciate the assistance of Pam Collie and those who helped with the setup.

The devotion and blessing were offered by Kathy Dotson. Her emphasis was on doing for others and doing things that matter.

The meeting was then recessed for lunch.

When the meeting reconvened, Frances Sturdavant conducted a lovely memorial for our late member and friend, Anne Sturgill. Others shared memories about Anne and the impact she had in our club and in the community.

Kate Hibbitts then gave the judges’ report as follows:

The minutes of the June 2021 meeting were read and approved following a motion by Betty Dotson, second by Sherry Collie.

Sherry Collie gave the treasurer’s report . The report was filed as presented. Town and Country currently has 30 members.

-The theme for Fall Fling this year is “There’s No Place Like Home” and the date is October 9 and 10.

- The club will coordinate the business decorating contest this year. Frances Sturdavant will chair this activity and will be asking for assistance.

-The club voted to have a sales booth again this year. The motion was made by Frances Sturdavant, seconded by Margaret Craft. Beverly Viers agreed to chair this activity, assisted by Teresa Adkins. Members will be asked to bring items to sell (price them before you bring them) and will also be asked to work the booth.
-Teresa Adkins will be in charge of decorating the stage at the Big Glades. Assistance from club members will be needed.

-Margaret Craft and Beverly Viers will work on the welcome bags for the Fall Fling vendors. They will let us know when/where to come to fill the bags.

-Mary Costa refreshed the garden at the fire hall. She and her husband cleared out the Welcome to Wise flowerbed near the college.

-Henrietta Dotson and Delores Smith refurbished the rose garden at the county courthouse.

-June Dotson replanted the Napoleon Hill garden on US 23

-Patsy Stephens and Sandy Yun arranged displays at town hall and the public library containing pictures and the proclamation of the week as National Garden Week.

Patsy Stephens reported that Mary Owens, state garden club president, has started a project to recycle plastic bags which can then be made into benches. Following a motion by Frances Sturdavant, second by Bonnie Aker, the group voted to participate. Patsy Stephens will chair this project and will give more information at future meetings.

Bonnie Aker and Phyllis Hatcher gave a horticulture test as their program. The questions varied in difficulty from easy to fairly difficult. Sandy Yun won a hanging basket for the highest test score.
The hostesses awarded several beautiful plants as door prizes.

Teresa Adkins distributed the club year book. Thanks to Teresa for a job well done!

Mark your calendar for:

Our August club meeting on August 10 at noon at the Sykes Center on Main. Hope to see you there! Your meeting attendance and project participation are important.

The Southwest district garden club meeting at the 4-H center in Abingdon is on October 2.

Being no further business, the meeting was adjourned. 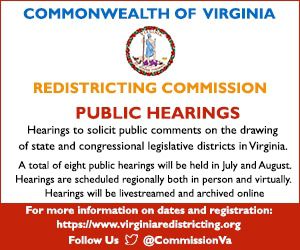