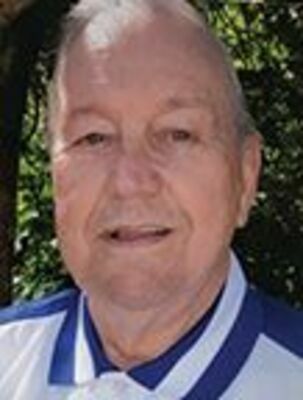 Dewey Ray Rowland, 87, of Appalachia, VA, went to be with his Lord and Savior on September 4, 2021.  He passed away peacefully at the Laurels in Norton.

He attended Wise First Church of God.  Dewey proudly served his country from 1953 to 1955 in the U.S. Army. ER 52356970, SP4, USAR. He was a founding member of the Lonesome Pine Model Railroad Club. He retired from Norfolk Southern Railway after 30 years of service. Dewey Never met a stranger. If you met him, you would have been a friend for life.

He was the son of the late Lee and Bernice Rowland. In addition to his parents, he was preceded in death by his baby brother, James Michael Rowland; granddaughter, Jordan Christian Rowland; niece, Patty Cooper; nephew, Jack Lee Cooper.

Graveside services were held at 3 p.m. on Monday, September 6 at the American Legion Cemetery in Big Stone Gap with Rev. Jeff DeBoard officiating.

The family would like to thank the staff of The Laurels and caregivers Melissa Gardner and Norma Hayes for their faithful care.

Roy A. Green Funeral Home, Appalachia has been in charge of the arrangements.

Scenes from the Guest River Rally