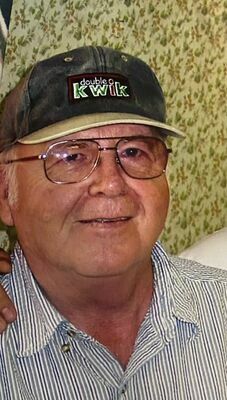 Jerry grew up in Gunnings, TN and graduated from Virginia High School in Bristol, VA. He worked for Piggly Wiggly until moving to Norton to manage the J&M supermarket in downtown Norton. He owned and operated Jerry’s Market on Main Street in Wise and subsequently Cabs Donuts in Norton. Jerry knew many people in and around Wise County and was liked by all. His interest included fishing, the stock market, spending time with family and racing.

Jerry is preceded in death by this mother, Maxine Scott Scyphers; father, James Franklin Scyphers; brother, Carl Scyphers and sister, Vivian Bunn.
Jerry is survived by a sister, Birdie Stewart; three children, Tracy Jones, Lisa Stidham and Jackye Sams (Roger); six grandchildren, eight great-grandchildren; a very special friend Betty King; and a host of other relatives and friends.
In respecting his wishes the family will not be having a funeral and will be having a celebration of life at a later date. In lieu of flowers memorial contributions may be made to Southwest Virginia Cancer Center Patient Assistance Fund - 671 HWY 58 East, Norton, VA 24273.

Sturgill Funeral Home in SW Wise is in charge of arrangements.

EarthLink to create 285 jobs in Norton

Eastside outlasts Pioneers for first win of the...