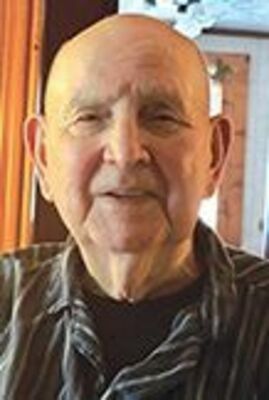 Fletcher Strouth, 94, entered eternal peace on Thursday October 7, 2021 at his home surrounded by his loving family.

He was a born again Christian and the oldest member of Charlies Chapel Church. He began preaching in the 1950’s until his health declined. Until the end, he was thanking God for his salvation.

Funeral services for Fletcher Strouth will be conducted at 2:00 p.m. Tuesday, October 12 at the Sturgill Funeral Home chapel in Wise with Brother Jeff Boggs officiating. Burial will follow in the Strouth-Lane Cemetery.

The family will receive friends from noon till time of services at 2:00 p.m. Tuesday at the funeral home. In lieu of flowers, memorial contributions may be made in memory of Fletcher to Hospice and Palliative Care of Virginia P.O. Box 349 Norton, VA 24273.
Please visit www.sturgillfuneral.com to leave online condolences for the family.

Sturgill Funeral Home in Wise is in charge of arrangements.

Woods marker goes up at gap