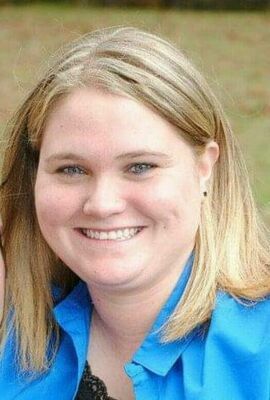 Amber Joy Golloway, 35, of Coeburn, went to be with her Heavenly Father on Friday, October 8, 2021 at Holston Valley Hospital.

Born in Big Stone Gap and a resident of Coeburn. She graduated from Appalachia High School in 2004 where she was a member of the girls’ basketball team for many years. She was a well-rounded employee of Walmart in Norton for more than 15 plus years. There she helped with numerous fundraisers for the Children's Miracle Network Charity. Her Wal-Mart friends were like her second family. Amber had the most lovable personality and crazy sense of humor that everyone she met instantly loved her. She was an amazing fiancé, mother, daughter, sister, aunt, and friend, but her self-proclaimed greatest accomplishment was her role as mother to her eight year old little girl Cambree. She was so proud to be called her "mommy". Amber had a way of always shining positivity out on the world. Our world will be a little less bright without her.

She was preceded in death by her father, Robert Lee Golloway and niece, Aryonna Nichole Gracie Holbrook.

Amber will be greatly missed by all who came to know her.  Thank you to all her family and friends for all their love and prayers. Thank you to Sturgill Funeral Home and Pastor Willie Barker.

Woods marker goes up at gap