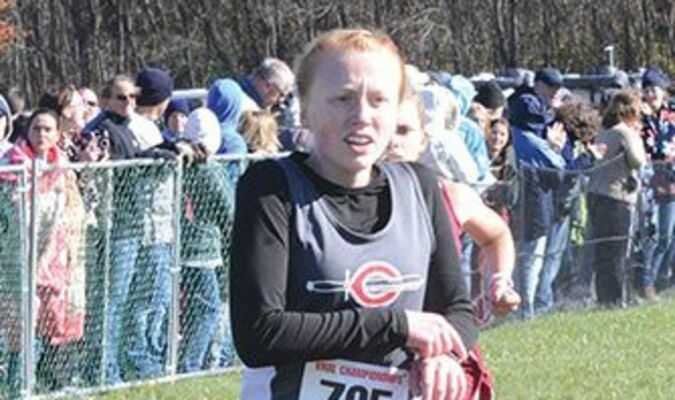 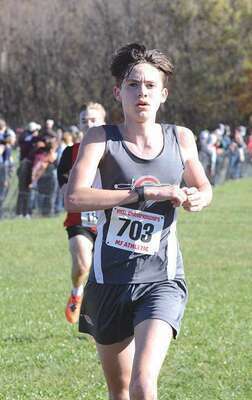 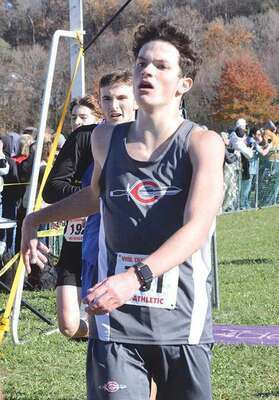 The Warriors’ Tyler Kiser gave it all in Salem Saturday afternoon. PHOTO BY KELLEY PEARSON 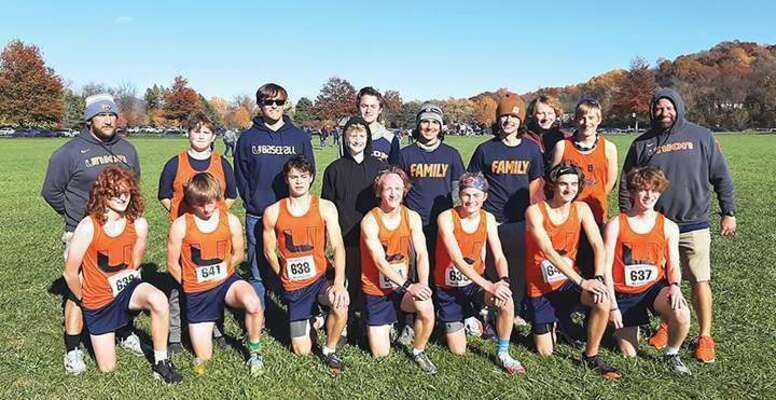 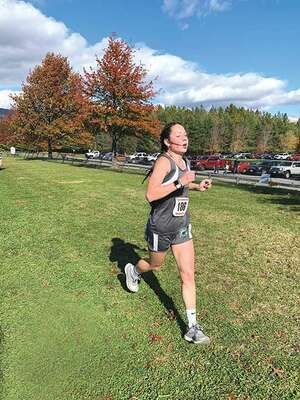 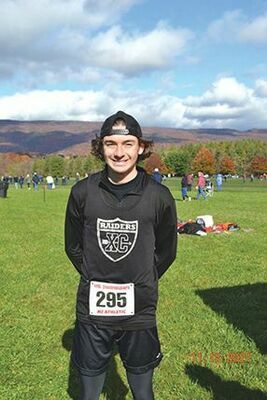 SALEM — On a brisk, windy day at Green Hill Park in Salem, Va., the Union boys cross-country team did something no other team from Wise County has done. They brought home a second state championship, outpacing second place Clarke County by a score of 47 to 103.

“They’re just an amazing group,” Union head coach Mark Castle said of his team. “They’re such a blessing to work with. They just run as a family.”

This championship comes just two years after the team’s first state championship in 2019. The Bears lost their top four runners going into the 2020 season this spring, but still brought home a third place finish.

This year, the Bears have exemplified their depth with their top three runners all winning races this year. On Saturday, it was sophomore Dorian Almer who finished fourth overall and first for his team.

“This was a pretty good day,” Almer said. “I started a little faster than I wanted, but I kept my pace pretty well.”

Almer’s wins this year have come on flatter courses, which are his favorites. Green Hill Park fight right into his wheelhouse.

“Oh I love it. I can go way faster and you don’t burn up your legs on the hills,” Almer added.

“It’s a huge luxury and a burden at the same time,” Castle laughed. “I don’t know how many teams you could research who had two different kids who were regional runners of the year and then have young kids come to state and run hard. But, our entire 1-7 run hard.”

Almer’s time of 17:08 was an improvement over his time of 17:32.30 at Green Hill Park during the regular season. Hersel came in at 17:23.9, joining Almer with all-state honors. Whitt, who finished first for the Bears and 15th overall in the spring, finished just outside of all-state honors with a time of 17:40.30. Mason Bryington was the fourth scoring runner for Union in 17th place with a time of 17:43.80 while Isaiah Pennington rounded out the scoring for Union in 20th place at 17:48.20.

The Central Warriors finished in 10th place on the day with freshman Patton Shortt finishing 27th at 18:01.50 and fellow freshman Tyler Kiser finishing 35th at 18:15.20.

In the girls race, Central sophomore Lydia Slemp made her second-straight appearance at the state meet with a 19th place finish at 21:41.90. Union sophomore Amelia Hamilton finished 64th at 24:16.80 while Central freshman Laykin Yates was 74th with a time of 24:52.60.

In the Class 1 race earlier in the day, Eastside senior Gracie Cress competed in her fourth state meet finishing 24th overall with a time of 22:41.50. J.I. Burton’s Robert Emershaw finished 57th with a time of 19:50.20.