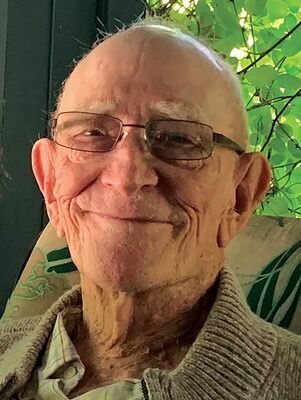 William (Bill) J. Hendrick, 94, loving husband, father and friend, passed away, Saturday, January 14, 2023. A gentle soul with a larger than life sense of humor and personality, he left behind a legacy of professional and community service.

Born August 26, 1928, a native of Norton, Virginia, son of the late J.W. and Ethel Hendrick. He is proceeded in death by his beloved wife, Jean Reid DeVault.

Graduating in 1947 from Norton High School, Bill attended Lynchburg College and the University of Kentucky until 1951 when he enlisted as a journalist in the Air Force during the Korean War. While stationed at Wiesbaden Air Base, Germany, he accompanied visiting dignitaries to report on rebuilding war-torn Europe. After completing his military tour, Bill returned to the University of Kentucky (UK) to earn his bachelor’s degree in Journalism. In 1974, he was awarded the highest honor by the Commonwealth of Kentucky as a Kentucky Colonel, for contributions to the community, state or nation, and for special achievements of all kinds. His love for UK was a big part of his life and was a topic of much banter with his many friends.

Returning to Norton, he began his career with The Coalfield Progress until 1967 when he assumed the position of Editor of The POST and manager of Wise Printing Company. He transplanted his family to Big Stone Gap soon after and realized he never wanted to live anywhere else. Active for many years in The Virginia Press Association, Hendrick received recognition during his 1981 Presidency as having one of the most productive years of the organization.

After his retirement from The POST in 1989, Bill served as the Public Relations Director at St. Mary’s Hospital, Norton, Virginia for 11 years, where he cultivated many lifelong friendships and lasting memories.

Bill served on the Big Stone Gap Town Council for eight years, two of them as Mayor. He was instrumental in the development of Big Stone Gap’s GreenBelt, and because of his forward thinking the trail is a vital part of the community enjoyed by many. In addition, he was past president of the Big Stone Gap, Gap Corporation, and later recognized as Citizen of the Year.

Bill was a lifelong member of the United Methodist Church, a member at Trinity United Methodist Church since 1968. He served as a member of the Norton and Big Stone Gap Kiwanis Clubs, served on the Norton City and Wise County Planning Commissions, and was past president of Norton Community Hospital. Bill was a lifelong member of Lonesome Pine Country Club and served as secretary for many years. He had a love of golf, especially for LPCC golf course where he spent a numerous amount of time and made many joyful memories.

His impact on the Big Stone Gap community continues today as he positively influenced all those employed at The Post, as well as his faithful readers that loved his many stories through his “By The Way” and “The Janitor” columns. Because of Bill’s love of local history, many old photos have been donated to the Lonesome Pine School and Heritage Center. The history of Big Stone Gap is shown in these pictures and preserved for future generations.

Bill never met a stranger and always made those he met smile. He lived by the saying, ‘If you can’t say anything good about a person, then don’t say anything.’ He had a positive impact on people that encountered “Mr. Bill.”

Special thanks to the Southwest Virginia Cancer Center, to the Veteran’s Affairs (Norton, VA)and caregivers for their untiring dedication and friendship.

Town park to get boost